The store will not work correctly in the case when cookies are disabled.

Find a C-A-L Ranch Store Near you, Or browse our store directory 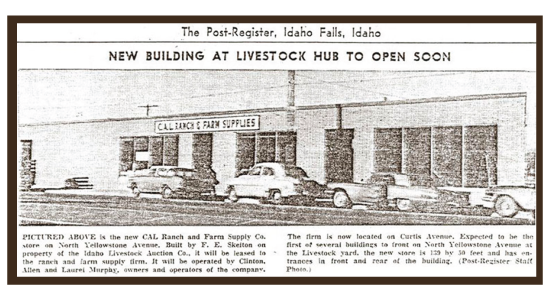 C-A-L Ranch Stores was founded in 1959 in Idaho Falls, ID, by Clinton, Allen, and L. Wayne Murphy. The family used their initials “C-A-L to create their brand. Our first store, located in Idaho Falls, ID was called C-A-L Ranch & Farm Supply. The store had less than 3,000 square feet and the primary products sold were tillage tools and hardware. Due to the store’s popularity, it was relocated to a 6,000 square foot building in its second year of operation. That same year, a second store was opened in Rexburg, ID. C-A-L Ranch Stores continued its expansion in 1967 by acquiring the stores of Farm & City in Blackfoot, Pocatello, and Burley, ID while simultaneously expanding its merchandise assortment to include apparel. 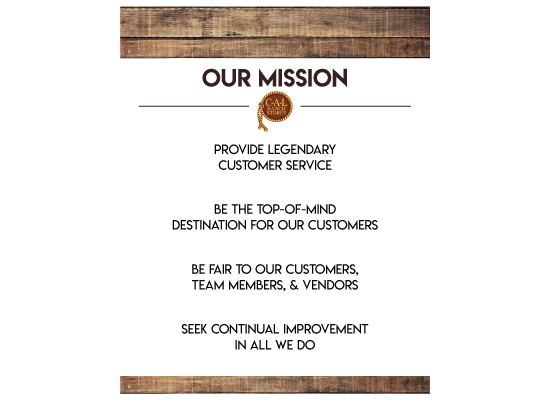 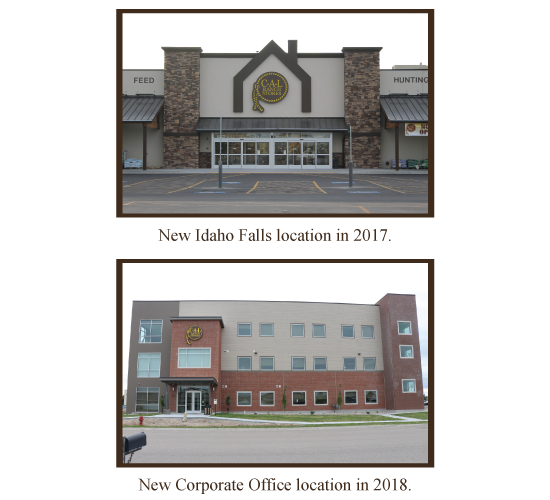 They further expanded into the West Jordan, Vernal, Layton, and St. George, UT markets between 2008 and 2012. C-A-L Ranch Stores entered Nevada in 2008 with a store in Elko, another in Carson City in 2012, and Las Vegas in 2013. The company relocated its Distribution Center from Idaho Falls, ID to Salt Lake City, UT in 2010, but relocated again to Payson, UT in February 2013. Between 2011 and 2015, C-A-L Ranch Stores entered Arizona with stores in Flagstaff, Prescott, Show Low, Casa Grande, Goodyear, Sierra Vista, and just recently completed their 25th store in Yuma.

After 59 years of successful retail business, C-A-L Ranch Stores has grown from a single store operator to a regional retailer with 25 stores in Idaho, Utah, Nevada, and Arizona and a Distribution Center located in Payson, Utah. The company also opened its ecommerce store www.CALRanch.com in December 2012! In 2017, C-A-L Ranch relocated to a new location in Idaho Falls. C-A-L Ranch built a new corporate office in Ammon, ID in 2018. While C-A-L Ranch Stores is no longer owned by the Murphy’s, it is still privately held and the current owners continue to operate the company with the same fundamental mission and value system.